My Latest 9 Recommendations for NPS

We study 100’s of companies that use Net Promoter® Score (NPS®) and work with dozens of others that are in different stages of NPS deployment. We also publish one of the most comprehensive annual NPS benchmark studies. This gives us a unique view of how organizations use this popular customer experience metric.

Every year or so, after being asked a series of similar questions about NPS, I write a blog post with a collection of my thoughts. Before I get to my current thinking (which has remained relatively consistent over the years), here are some previous posts you might be interested in reading:

As you probably know, there are people who love NPS and people who hate it. I am neither. I’ve seen NPS used as an effective metric to drive change, and I’ve seen it used in ways that are harming organizations. I could also say that about almost every metric that I’ve seen being used.

Having established all of that, here are nine of my current recommendations:

1) The choice of metric is not as important as people think.

We rarely see a company succeed or fail based on the specific metric that it chooses. That doesn’t mean that you can choose a ridiculous metric, but most reasonable metrics provide the same potential for success (and failure). In general, NPS is a reasonable metric to chose, as our data shows that it often correlates to customer loyalty. As organizations mature, we try to get them to use metrics that are more closely aligned to their brand promises.

Instead of obsessing about the specific metric being used, companies need to obsess about the system they put in place to make changes based on what they learn from using the metric. Successful NPS programs systematically take action on insights they uncover. If the program is working well, then the company isn’t debating scores. Instead, they’re continuously making changes to create more promoters and eliminate detractors.

The most important thing you can do with NPS is to understanding what is driving NPS. It turns out that the things that create promoters are not just the opposite side of the issues that create detractors. So you need to separately identify changes to create promoters and decrease detractors. All too often, companies focus just on detractors. This helps to fix problems, but it does not identify opportunities to propel your organization. By focusing on what causes promoters, you will get the opportunity to engage the organization in uplifting discussions—instead of just beating the drum about what’s broken.

The approach for sampling often has a very significant impact on NPS results (and results from other metrics as well). If you have multiple segments of customers and they each have a different NPS profile (as many do), then your overall NPS can change wildly based on the mix of those customers that are included in the NPS calculation. In B2B, this may come from combining results from enterprise accounts with smaller clients, or mixing responses from executive decision-makers and end-users of your products. In B2C, the variance may come form mixing data between new customers and repeat customers.

5) NPS is for relationships, not transactions.

6) NPS is for teams, not individuals.

Since NPS asks about the likelihood to recommend a company, it actually reflects the actions of more than one person. So if you want to look for someone to hold responsible for NPS results, think about making it a shared metric across a large group, not an individual KPI. Many companies that fall in love with NPS, start applying it to every part of their business, trying to give everyone their own NPS. While it’s worthwhile to look for improvements across the business based on NPS, you run into problems when you try to create too many levels of NPS.

7) Compensation can be a real problem.

When an organization shares a common metric (like NPS) and its people collectively have some compensation tied to it, then it can help align everyone’s focus on customer experience. But if the compensation gets too significant, then people start focusing too much on the number—questioning its validity and strong-arming customers—instead of looking for ways to make improvements. Remember, the majority of your discussions should be about making improvements, not data.

NPS is an inherently jittery metric; there’s only a porous line keeping passives from becoming promoters or detractors. And the situation is magnified by the sampling issues described above. That’s why we see many customer insights group wasting a lot of time running around trying to explain small movements in their companies’ NPS, as executives overreact to small movements. Instead of setting NPS goals as a specific number, consider defining a range (similar to a process control chart). As a start, think about adopting a 3- to 5-point range. That way you only react to results outside of the range or multiple periods of increases or declines.

9) There are four loops to close.

When people talk about closed loop and NPS, they often mean contacting customers after they answer the NPS question. But that immediate response is just one what we call the four customer insight-driven action loops: Immediate response, corrective action, continuous improvement, and strategic change. Any NPS program should put in place processes to close all four loops.

The bottom line: NPS success comes from the process, not the metric. 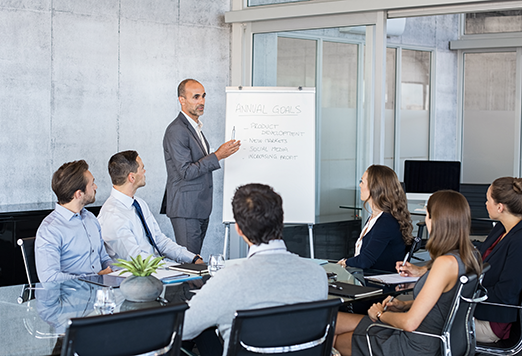