XM Institute is often asked to provide data about the impact of different areas of Experience Management. So we decided to dig into our recent global consumer study, which included more than 22,000 employees, and look at how employee experience (EX) impacts their work behavior. It turns out (no surprise) that EX matters a lot. We found that poor EX results in:

Employees Aren’t Working As Hard As They Can

The goal for any organization isn’t just to hire a workforce, it also needs to ensure that employees are engaged and productive. However, too many employees feel as if they’re not getting the experience that they want or deserve. As a result, we found that 62% of employees around the world would work harder if their employer treated them better. As you can see in the chart below: 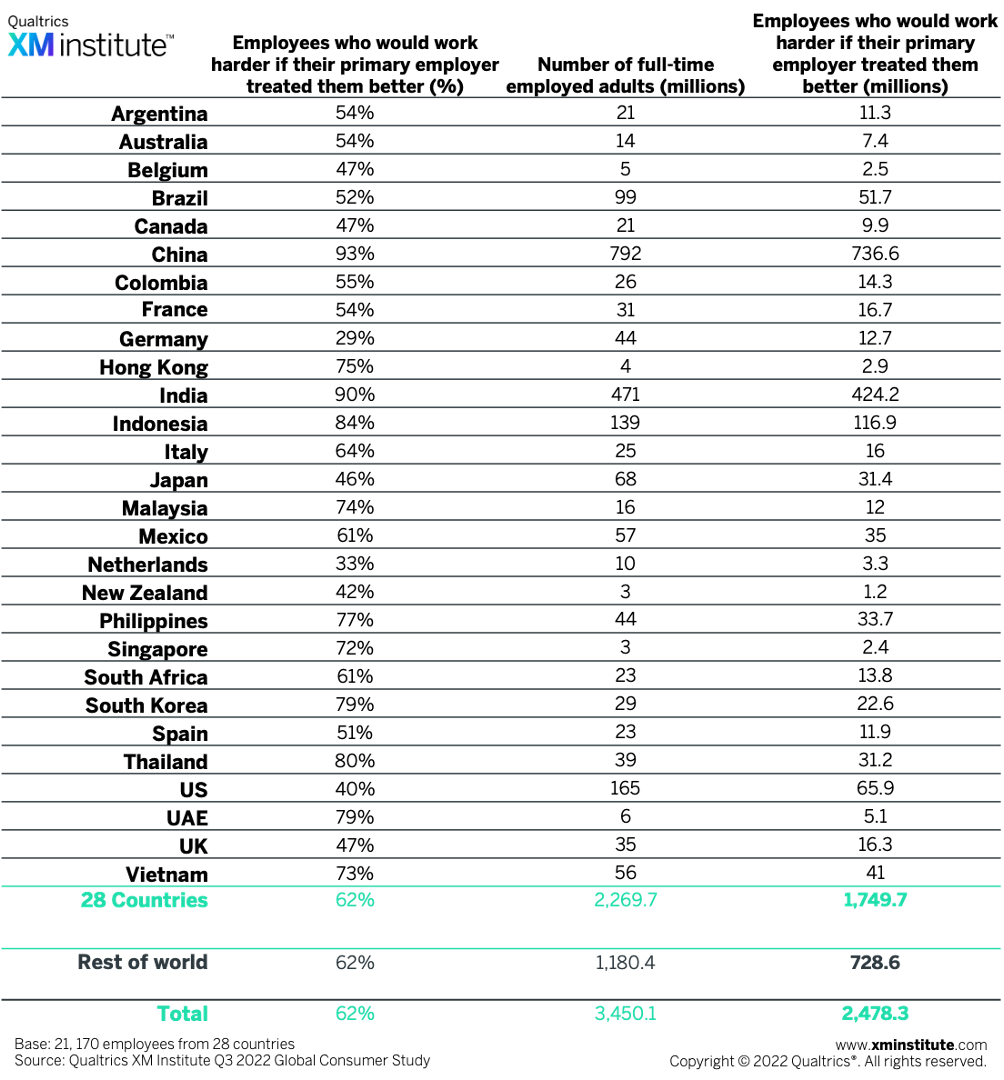 If companies want to treat their employees better, a good place to start is by listening to their feedback. And as it turns out, this is an area that needs a lot of improvement. We found that 63% of employees agree with the statement, “My primary employer needs to do a better job of listening to my feedback.” As you can see in the graphic below, this discontent ranges from a high of more than 80% in China and India, down to a low of 39% in Japan. 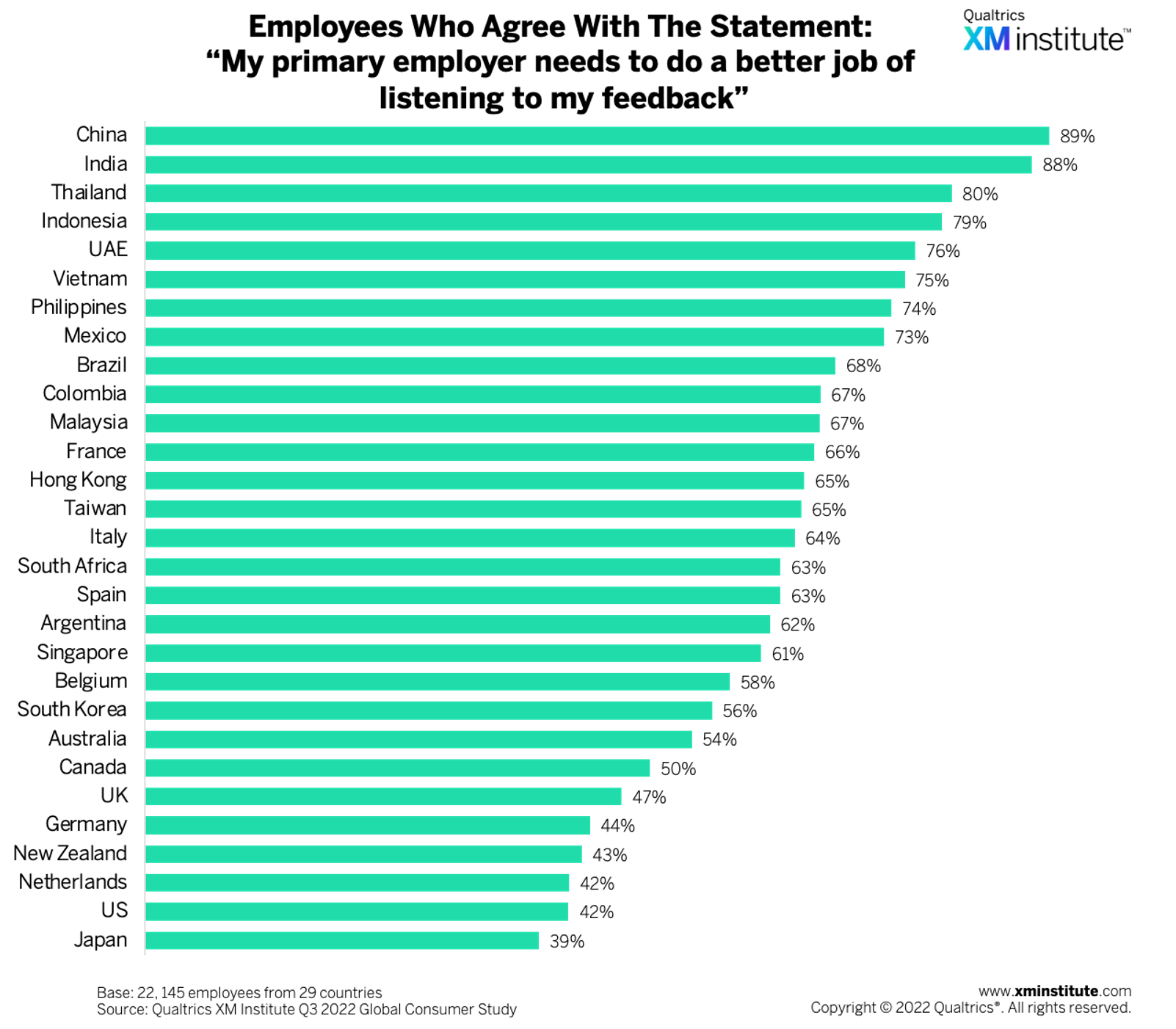 To understand the impact of not listening to employees, we also examined the likelihood that employees would look for a new job over the next six months. When we cross-tabbed responses from the two questions, we found: 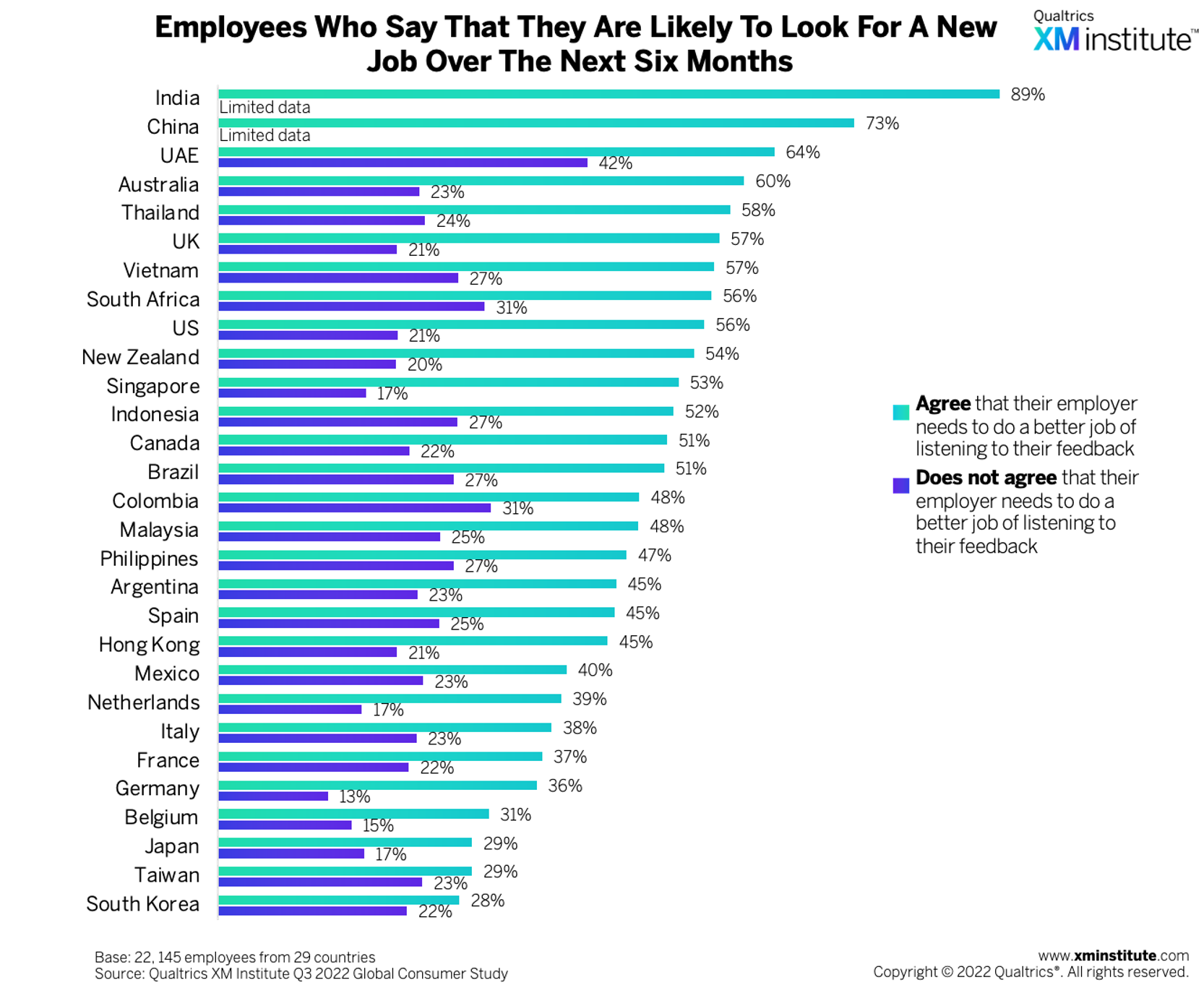 Employee Experience Is More Important Than Ever

It’s no surprise that we’re finding this level of employee unrest, given how the world has been disrupted over the past few years. However, engaged employees continue to represent the front-end to a virtuous cycle that fuels stronger business results, and the system breaks down if employees aren’t committed to their work.

During the pandemic, organizations adjusted their operating norms in response to unprecedented events. Just about everyone was willing to work together to navigate the shifting environment. But many of the changes made during that period were either unsustainable or are just no longer applicable. As the pandemic has lifted, employers and employees are now faced with the challenge of finding a new “normal.” This realignment won’t be easy as it must balance an organization’s operational and economic needs with the shifting desires and preferences of employees.

That’s why employee experience management is so important right now. During this adjustment period, organizations need to actively listen to and act on their employees’ feedback. That doesn’t mean companies should give employees everything that they ask for—leaders will inevitably have to make some unpopular decisions, especially during difficult economic times. By building an ongoing practice of soliciting candid feedback and then acknowledging what it showed, taking action where appropriate, and explaining why decisions are being made, leaders will build trust with their workforce, even if employees don’t get everything that they want along the way. 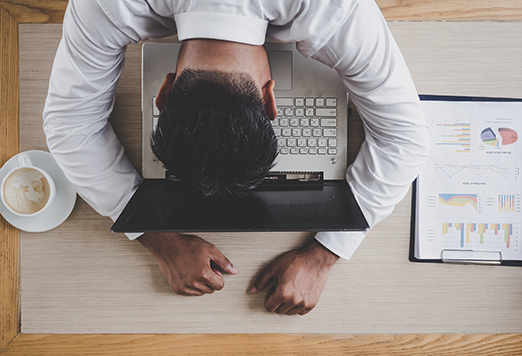 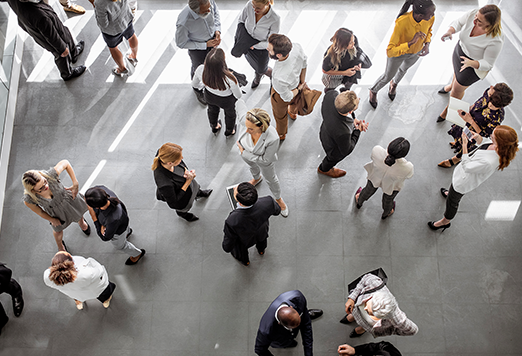 Establishing an EX Center of Excellence to Drive HR Impact 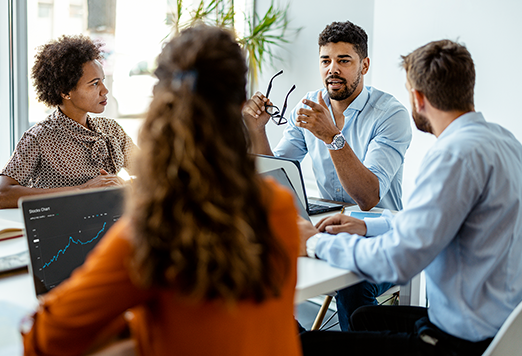 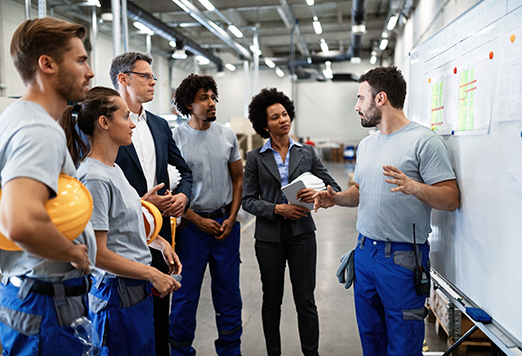