Qualtrics XM Institute (and previously Temkin Group) has been tracking Net Promoter® Scores (NPS®) in the U.S. since 2012. So we decided to take a look at the changes we’ve seen over the previous decade. The data comes from consumer studies that we’ve run in Q2 or Q3 each year, with sample sizes of 8,000 to 10,000 U.S. consumers.

NPS is not an absolute measurement, as it reflects consumers’ attitudes towards a company relative to their expectations and perceived alternatives. We would not expect NPS to organically grow or decline over time, as both expectations and alternatives are always evolving. So the shifts in NPS at an aggregate level often reflect some prevailing attitude shifts, which we will examine in this post.

We’ve added and adjusted some of the different industry groupings, but there are 18 industries that have remained relatively the same throughout the 10 years. So we used an average of those industries as a key component to this analysis.

We examined the 10-year changes in NPS across 18 industries that we’ve tracked for 10 years and four others that have been more recently added.

As you can see in the chart below:

NPS Versus Other Economic Indicators

NPS has dipped and recovered a few times over the decade, which made us wonder how it relates to other economic indicators in the U.S. So we took a look at changes relative to 2012 for NPS (which we have collected in Q2 or Q3 of each year) and these other indexes:

To analyze these different measures together, we normalized the data by creating an index from their 2012 baseline levels (2012 equals 1.0). As you can see in the chart below: 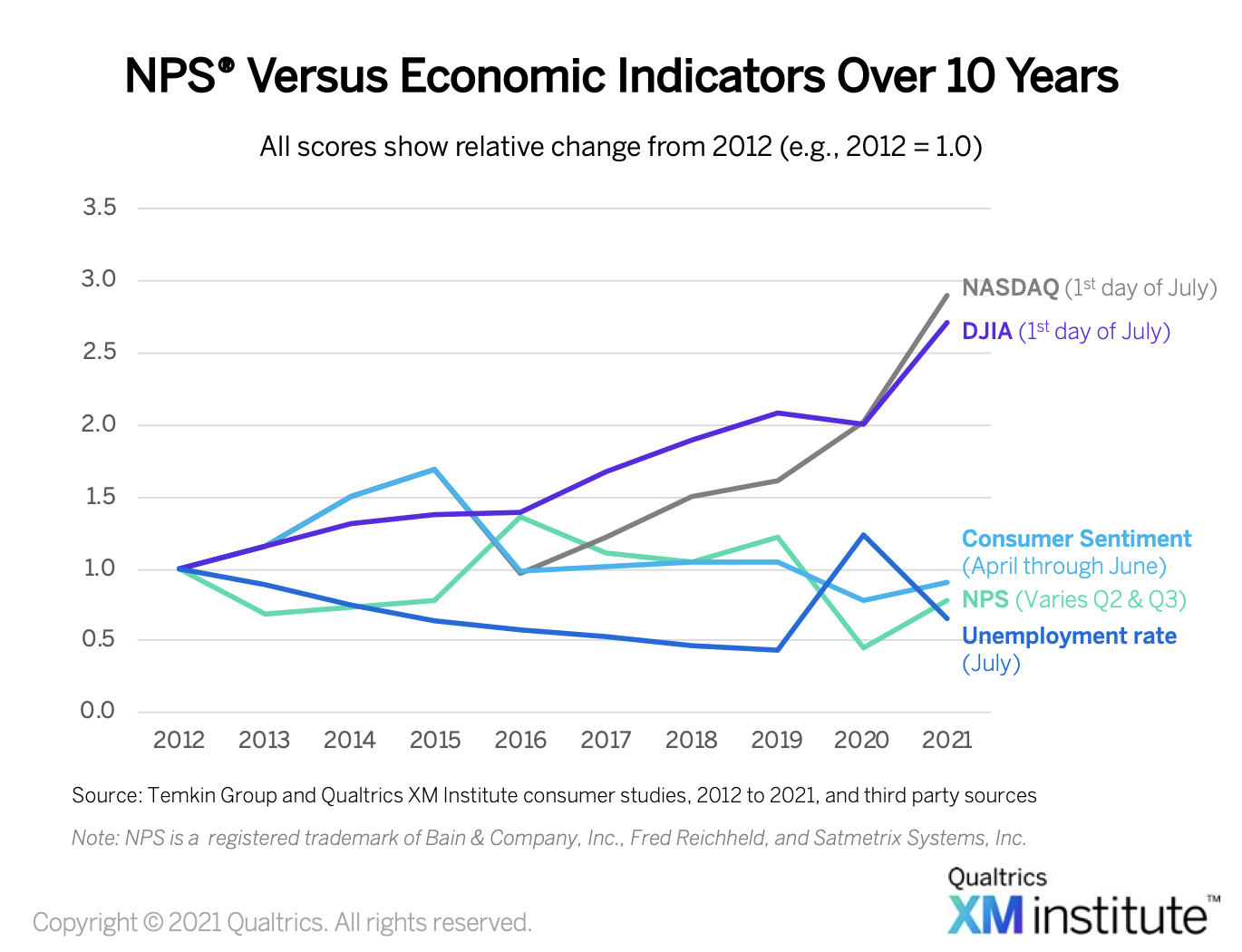 The bottom line: It’s been a wild decade for NPS (and for consumers).